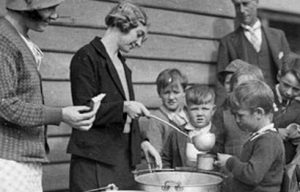 As most of us who have reviewed the proposed tax plan have now realized, the changes are pointedly directed at the upper middle class – specifically, those who didn’t vote for Donald Trump.

The elimination of the State Tax deduction, for just one example, hurts only those people who live in high-tax states, such as New York and California, the heart of blue America.

The corporate tax cuts even more pointedly disadvantage the upper middle class intellectual class. C corporations – like the big ones on the stock market – all get tremendous tax breaks.

S corporations, on the other hand – the small businesses and sole proprietorships owned by regular people – get much, much smaller deductions. Not only that, but S corporations run by white collar college graduate professionals, such as consultants, doctors, lawyers, architects, accountants, engineers, web developers are specifically excluded from the cuts. No, the S corporation tax cuts apply only to real, hands-on small businesses like plumbers, landscapers, carpenters, and other more blue collar enterprises.

The owners and employees of startups – the vast majority of which are located in New York and the Bay Area – are also directly and specifically punished by the new plan, which requires they pay taxes on stock options whether or not they are ever exercised. So the employee of a startup has to pay taxes on options that may never actually be worth anything.

In short, super rich people get a tax break on their passive stock gains. Big corporations get permanent tax cuts. And particular members of the working class get at least some nominal attention. Businesses that earn less than $37,000 a year do better; businesses that earn more than $260,000 a year do better. But all those businesses in-between – the kind run by upper middle class – they get screwed.

In a final, overt swipe at those who tend to vote against Trump, the plan eliminates the exemption for interest paid on college loans. After all, if education is inversely proportional to Trump support, why not disincentivized it?

On a certain level, though, the whole plan is genius. It’s basically saying, you white upper middle class bleeding heart liberals care so much about equality? You teachers and lawyers and intellectuals want think of yourselves as aligned with the working class? You identify with them? Well, go live like them!

What makes you think your job as a doctor or lawyer deserves so much more compensation than that of a bricklayer or ditch digger? You identify with those workers? You want to march in the street for those workers? Well, now you can get paid like those workers. Let’s level that playing field, okay?

Business millionaires and billionaires? We don’t count. (Private jet expenses are exempt under the new plan. Medical expense deductions are repealed.) Sure, if you want to be one of us, you can go into business and get rich. Even ultra-rich. That’s the American way. But if you want to go do some job, then you don’t get to be so comfortable. You can’t get wealthy as a professional. You can’t get rich as an employee – only as an entrepreneur. Not supporting institutions and government, but by tearing them down. Creative destruction. If you’re not willing to go to war and take those risks, then accept your fate: you don’t deserve to be rich.

It’s a self-interested, cynical, and politically vengeful stance. And the tax plan won’t even accomplish what it claims it’s doing. But it does force those of us well-meaning liberal members of the upper middle class to examine our own privilege.

We want to do social justice careers, but we also want to get paid $100,000 a year or more to do them. We want to call ourselves members of the middle class, but we want to earn more money than most of them. At least the Republicans are being direct about the cut-throat, dog-eat-dog landscape they’re endorsing.

Compared to them, we progressives verge on hypocrisy. We hide our wealth and privilege the way the hippies did at Woodstock. No, we’re not members of the 1% that currently owns half the world’s wealth. And taking our money away may not make any real difference to wealth disparity compared with taxing corporations or the ultra-wealthy just a teeny bit more.

But those of us who are arguing for a more equally distributed economy had better think about exactly how we want to object to being the first ones on the chopping block.

(This piece was adapted from my latest monologue on the TeamHuman show.)