Read this article at TechTimes 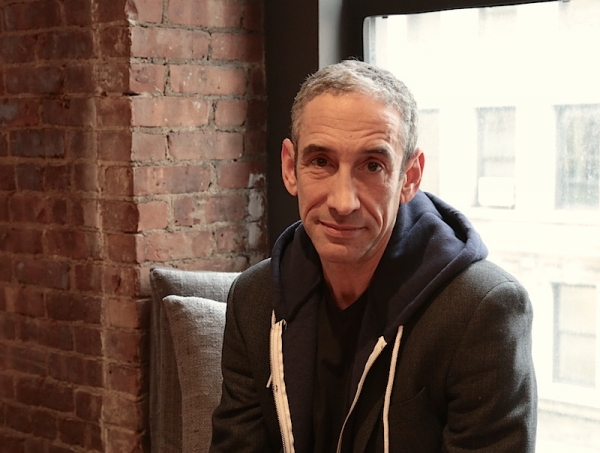 In late 2013, activists in San Francisco and nearby Oakland responded to an influx of affluent tech workers to the Bay Area, and the attendant skyrocketing rents, by throwing rocks at the buses Google provided to shuttle itsemployees to and from Silicon Valley.

The event forms the backdrop for Douglas Rushkoff‘s latest book, Throwing Rocks at the Google Bus: How Growth Became The Enemy of Prosperity (Portfolio/Penguin, 2016), a historically-minded look at the effects digital technology has had on local economies, big business and the life expectancy of the corporation as we know it.

As a bestselling author of books about the interface between digital technology and culture, ranging from Cyberia, Life in the Trenches of Hyperspace(HarperOne, 1994), a survey of the subcultures evolving around the then-burgeoning World Wide Web, to Present Shock: When Everything Happens Now (Current, 2013), a critique of our digitally enhanced present, Dougles Rushkoff is a top future tech speaker and sought-after consultant among CEOsunder pressure to sharpen their digital edge.

In his view, the problem with Google and other high-tech corporations is that they are configured to extract value from people and communities to fulfill shareholder expectations of constant growth, and that’s inappropriate in a digitally charged world. Long-term survival in a digital landscape requires corporations to “re-code” for greater value creation, scalability and sustainablility.

“They’re still operating as if they were twentieth-century industrial corporations – only the original corporate code is now being executed by entirely more powerful and rapidly acting business plans,” he writes in a keyed-up technospeak that enlivens erudite historical passages, and Economics for Dummies-styleexplainers, in an engaging discourse on the parameters of a digital economy. “What algorithms do to the trading floor, digital business does to the economy. In the purely rational light of the computer program, a digital corporation is optimized to convert cash into share price – money and value into pure capital.”

The bigger the corporation, the less efficient it becomes at putting its cash to work. “You have giant companies sitting on tons and tons of cash but they don’tknow how to deploy it,” he says. “They don’t have research and development. They don’t even do their own work. They’ve outsourced their competencies.”

Among other things, Rushkoff‘s book is a call for tech companies to recalibrate their growth targets, re-educate their shareholders and redirect profits back to the communities that comprise their markets.

“Big companies need to begin thinking of their employees and the towns in which they operate as economies they need to develop,” says Rushkoff. “You can make platforms that are optimized toward helping people create and transact value. If your users get rich, that’s not a bad thing. That’s not money you’ve lost.It’s money that comes into the ecosystem of your business.”

He’s speaking to Walmart, Uber and every mobile app developer with aspirations of making his or her first billion by 30. He’s speaking from Codecademy, in NewYork’s FlatIron District, a free, online coding school where he serves on the advisory board.

“Their business model is based on helping people create value and transact between each other,” says Rushkoff, holding forth from a co-working space armchair like a bantam edition of an Oxford World Classic – his manner is a Marshall McLuhan-Woody Allen mash-up.” After you’ve learned a little bit of code you get up to a level where other students can pay you to tutor them in their lessons. There’s all these different ways that the platform lets people create value. And that’s really the trick in the modern Internet.”

A longtime observer of the digital landscape, he sees a world where the Internet can no longer make money purely by extracting value. “Look at what’shappening to Uber and its drivers,” he says. “People can’t be squeezed anymore.”

Throwing rocks at Google shuttle buses is, in Rushkoff‘s view, a wrongheaded response to a system that is working as it was programmed to work. Reprogramming the system is the way to effect change.

“People don’t realize how much power they have,” says Rushkoff. “And that’spartly because the real world has been dwarfed by this digital simulacra which seems much more important than our reality, but its not – it needs to be in service of our reality.”

Next Post: Edge.org - Liberal Arts and Sciences in the 21st Century