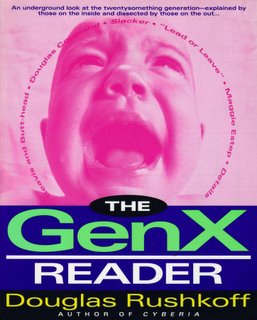 Fascinating precis/update by Duncan Macloed on the GenX Reader – a collection I put together in 1994, looking at the true breadth and depth of a generation that was being called “lazy” and “apathetic” at the time. It was quite crowd that contributed, from Wiley Wiggins, Dan Clowes and Mike Judge to Mark Frauenfelder, Jody Radzik, and Julian Dibbel. And of course, famously left out of a BoingBoing credit, Jon Lebkowsky!

I’ve often been asked what happened to the people who contributed to that book. Now we know.