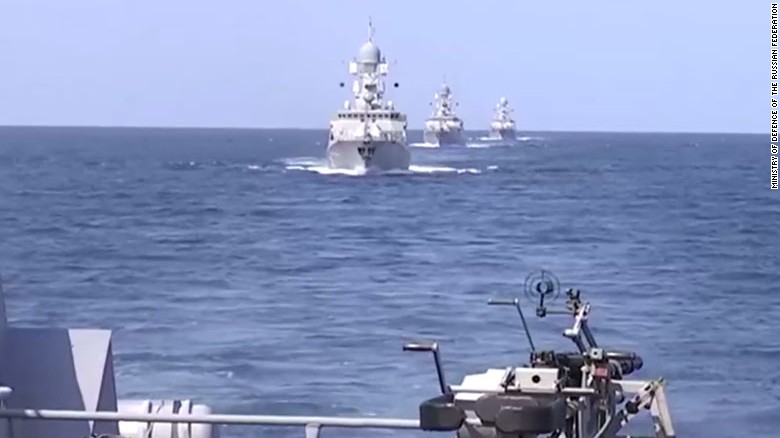 (CNN) — According to a report in The New York Times this week, the presence of Russian spy ships near important trans-Atlantic data cables is causing consternation among American military and intelligence officials. What, if anything, are the Russians planning to do? Are they trying to see how easily they could cut the cables if war broke out?

All anybody knows for sure is that the game theory that we used to plot out provocations and responses during the Cold War is obsolete in a digital age.

On the one hand, concerns about acts of digital sabotage in wartime are silly. If war broke out between the United States and Russia, we’d have much bigger problems on our hands than spotty connectivity over the Internet. Sure, it would put a serious dent in Internet-based communications, international banking and a host of other rather essential digital traffic. But unless an enemy shot our satellites out of the sky, the military could maintain basic command and control without the Internet.

On the other hand, the genuine threat here is that the Internet offers a new way for superpowers to, in theory, wage war without blowing up the whole planet. Tactically, an offensive against a Western data pipeline would be more like an extreme embargo. It would be nasty and debilitating, but it doesn’t necessarily call for nuclear retaliation.

It’s a way to cause pain without bombing cities or launching the kinds of assaults that demand an escalation of violence. Like the recent hack of U.S. government employee files, presumably by China, it’s a meaningful attack but in a virtual realm, making it hard to gauge an appropriate response.

That’s why this alleged saber rattling (or actually wire-cutter rattling) makes us nervous. It suggests a whole new range of potential engagements for which we need to establish new protocols. And fast.

What makes this difficult is that — at least from our point of view — an attack on the Internet wouldn’t really be an attack on America so much as an attack on the free world. Europe’s objections to National Security Agency and corporate surveillance notwithstanding, the Internet wires us all together in one big family of Western corporate media companies, free expression and democratic governance.

From the perspective of a downsized Russia attempting to reassert its former nationalist and hierarchical glory, the Internet is just an extension of American imperialism. Google, Facebook, Twitter, Yahoo, Apple, and Intel are all essentially American companies, and their platforms and devices are embedded with the values of free market capitalism.

Russia’s oligarchy may not realistically want to restore the entirety of the former Soviet Union, but it does want to maintain an entirely less open and fluid order — one it sees threatened by the spread of the Western market, ideology and, yes, Internet, through Europe and beyond.

So while the Chinese simply block Internet traffic that presents alternative narratives to that of the ruling party, the Russians may well want to make the networked future appear less inevitable and entirely more vulnerable to the whims of a single world leader, Vladimir Putin. By conducting operations in those waters, Russia may not be merely saying, “We could take out the Internet,” but also asking, “And just what would you do in return?”

Besides, as Micah Sifry, co-founder of Civic Hall, pointed out, “Last I checked, Russia was pretty well integrated into the world financial system, so any move to cut those transcontinental cables would hurt it as much as anyone else. I don’t think they could somehow surgically cut cables carrying traffic not affecting their interests — it’s all bits and packets, right?”

That’s why — along with Russia laying claim to parts of the Arctic Circle, in an effort to pre-empt Western claims on untapped oil reserves — this implied threat, in this case to the Western communications infrastructure, demands response. No, not in the form of a counterthreat, but an open conversation about how we administer the use and abuse of our shared resources.

Until we can demonstrate that the Internet is less a national network than a true international commons, Russia may think it has less at stake in its survival than its destruction.

Read it at CNN.com

Previous Post: Why Uber’s Bid For Platform Monopoly is Dangerous

Next Post: Maybe you can handle the truth: How tech has dulled our taste for tall tales