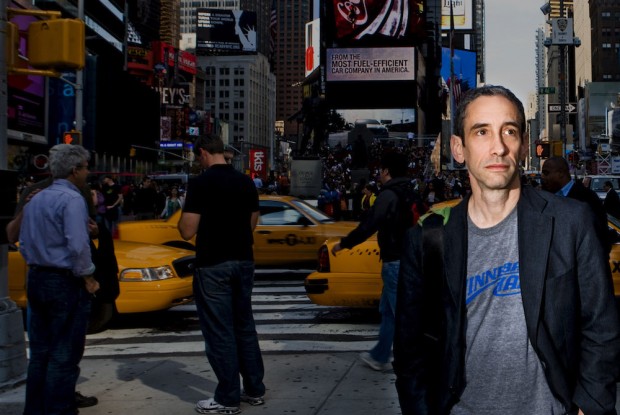 Read this interview at PSFK.com

Douglas Rushkoff is an accomplished media theorist, writer and documentarian, and will take the stage at our 10th annual flagship conference, PSFK 2016. At PSFK 2015, Rushkoff gave a pointed talk about how technology plays us more than we play it, at one point ribbing audience members creating presentations about the presentation they were watching in real time.

This year’s talk comes shortly after the release of his newest book,Throwing Rocks At The Google Bus, which examines the social and economic consequences tech companies impose on the communities they enter. Beginning today, 25 copies of the book are available as a free add-on for conference ticket buyers.

We sat down with Rushkoff to discuss his forthcoming book as well as what to expect from his talk at PSFK 2016 on May 13.

What Prompted Throwing Rocks At The Google Bus?

I’m a big fan of digital technology who is also growing increasingly concerned about how we’re using it. I write books about technology, society and the economy, in hope of making things better. This one is about the way business is using digital technology to exacerbate all the problems of a growth-based, corporate-driven economy instead of distributing more value to more people. Our digital companies are optimized simply to extract value from people and deliver it up to shareholders. These are not sustainable businesses, because they destroy the markets on which they depend.

The book centers around how explosive growth in Silicon Valley has exacerbated wealth inequality in the Bay Area. Is this an inevitable consequence of all fast-growing industries in communities or somehow unique to tech?

It is an inevitable outcome of fast-growing industries whose profits are based on extraction of value from a community rather than building value with a community. Yes, it’s the same effect that Walmart has on a town, where people end up with lower-paying jobs and locals go out of business. But when it’s an Uber putting cab companies out of business all over the country, that effect is magnified.

Why is this problem more pronounced with tech companies?

The rapid growth of digital companies—from nothing to billions in just a couple of years—had changed the expectations on companies to deliver growth quickly. This makes them resort to more extreme tactics, and thanks to the power of digital technology, they have the scale and reach to do it. 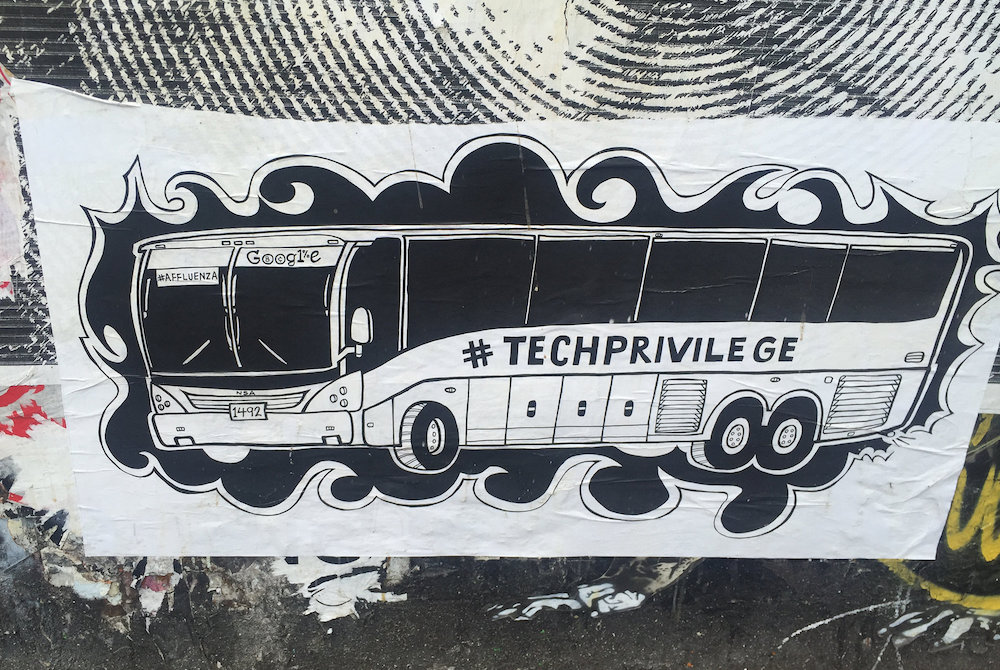 The book also touches on workers losing jobs to automation, investors losing to algorithms, etc. What does this say about society’s view of a person’s worth?

Robots and AI should help us come to recognize what is special and different about humans. Robots may have better productivity than humans—but are we to be valued only for that? Big data doesn’t really say who we are; it just says what marketers want to know about us. AI may solve problems faster than the human mind, but does it have any awareness at all? Does being alive mean anything?

I think we are coming to recognize the quirky, ambiguous parts of human nature that machines will never possess. And we’re coming to value them. That’s why I like to say I’m on ‘team human’.It helps keep things—and technology in particularly—working in favor of human interests.

With all this in mind, are you an optimist or pessimist when it comes to future tech?

Well, it depends who is developing it. If people are developing technology simply to find new ways to extract value from people and places, we’re in a bit of trouble. But even that can’t work forever. We’ll all get poor and there won’t be any customers for the stuff.

I am optimistic that young people no longer buy the VC startup dream, and are becoming more content with the idea of having a profitable, positive company rather than simply “flipping” a fake business for billions.

What do we have to look forward to for your talk at PSFK 2016?

People will get confirmation that the feeling in their gut that tells them something is amiss is actually true. And they will be able to recognize the tremendous pressure to hit some sort of “home run” as the trap that it is. Hopefully, they’ll also come away understanding that the key to a successful digital business is for it to be able to make other people rich.

Starting today, 25 free copies of the book will be available as a free add-on to conference ticket purchases. Select “Free Copy of Douglas Rushkkoff’s New Book” on the checkout page to secure this exclusive offer.

To hear Douglas and other thought leaders inspire Ideas That Transform, join us at the PSFK 2016 conference on May 16 in New York City.